​Over the past years, sustainability and food security has been brought to attention (Besthorn, 2012). With rising temperatures, climate change, and disasters such as earthquakes and floods, there has been problems concerning the carrying capacity (Besthorn, 2012). The United Nations Food and Agriculture Organization (UNFAO) decided that the largest problem that the population is facing is:
“the problem of insuring safe, adequate, timely, and affordable food for a growing and increasing hungry population” (UNFAO, 2011)

For 30 years in the 1900’s, crop yields and food production increased throughout the world, which resulted in positive feedback in global hunger, but there was negative feedback concerning the use of fertilizers and the issue of crop irrigation (Besthorn, 2012). Due to the use of fertilizers in fields, it has resulted in land degradation, a decrease in yields, and an increase in food prices. The demand for food has increased dramatically due to these issues and has a negative impact on undeveloped countries, such as Nepal.

Recently, a new technology, vertical farming, has been a method used for urban agriculture. This technology has been shown to increase the production of food, food security, and creates a sustainable way to farm in an urban setting (Besthorn, 2012). Vertical farming can use tall buildings, and greenhouses to produce crops such as fruits and vegetables. Despommier recommended that with the proper use of the technology and skill, “a vertical farm can produce the equivalent of 4 to 6 soil-based acres” (Besthorn, 2012). This type of farming uses a smaller amount of water, do not require as much human labour, and the crops are not as susceptible to crop diseases. The crops that are produced from vertical farms are created for an urban population to minimize the transportation required from the producer to consumer, and therefore be more environmentally friendly (Besthorn, 2012).

Nepal is located in Asia, between China and India. The country is divided into 3 main regions. The Terai region is on the south side, and it borders India. Many of the crops produced in Nepal are grown in this region. This region is 23 percent of the total area of Nepal. In 2005 and 2006, the eastern part of the Terai region was under a shortage of rainfall, which caused a decrease in crop production (Malla, 2008). The Terai region is where many of cereal crops can be grown due to the warm, tropical-like climate (Sharma, n.d.).

The hill region is located between the Terai and mountain region. This region is the most urban region in Nepal, and it includes the capital, Kathmandu. The hill region accounts for 42 percent of the total area in Nepal (Malla, 2008). The climate in this region differs, which effects which crops can be grown in the different climates (Sharma, n.d.). In the mid-hills, there are tropical temperatures where fruits and potatoes are grown. In the high hills, the temperature is cooler, and the main crops that can be grown here are temperate fruits and potatoes. Some livestock such as sheep and goat are housed in the high hill area of the this region (Sharma, n.d.).
​
The mountain region is located on the border of China. This region has many mountains, which causes a lack of habitation and agriculture. This area represents 35 percent of the total area of Nepal (Malla, 2008). 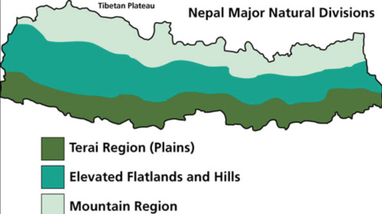 The vertical planting bags can be ordered online via http://www.amaplas.com. Cornelia S. Bradt is the managing director of sales and administration. Her contact email is cbradt@amaplas.com or pricing inquiries can be discussed over the phone by calling 519-322-1358 (A.M.A. Plastics, 2016). 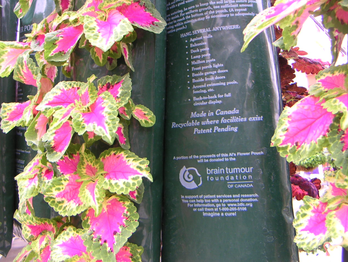 ​If A.M.A Plastics exports Al’s Flower Pouches to Nepal, it will benefit the company in a positive way. Exporting to Nepal will result in a growth in the company and exporting nations. Currently, A.M.A. Plastics sells their products to Canada and the United States, but by selling products to Nepalese companies, they will be able to expand their customers globally. Benefits of exporting include a gain for the workers, which may include an increase in wages for current employees, as well as more job opportunities for future employees (Bernard et al., 1997). Companies that export will increase in productivity. With more demand of products, the products will need to be produced and processed in order for fill orders and send out shipments (Bernard et al., 1997).

​Another vegetable that can be grown in the flower pouch is kale. There are many health benefits associated with eating kale because it contains antioxidants, such as beta-carotene, and vitamin C (Blomhoff, 2006). Antioxidants have the potential to lower the risk of obtaining diseases that affect changes in body cells (Blomhoff, 2016).

The export potential of Al’s Flower Pouches to Nepal is unknown. Although there has been success in Canada, it is unclear how successful the pouches will be once exported. In Nepal, they will be able to grow flowers, fruits, and vegetables, and will have success with the growing portion of the product because Canada and Nepal have similar climates (Weather Online, 2016). It is unknown what the demand for flowers, fruits, and vegetables will be to Nepalese consumers, but the demand may be higher for North American and European tourists visiting Nepal.

In this study, it was found that when farmers used contaminated soils, it had a greater effect of the metal uptake of the plant than water. From the kale harvested, the level of lead was higher than the limits set by the FAO and WHO (Gallaher, 2013).

​Conclusions that can be made from this study is that soil that is not contaminated will need to be shipped to Nepal so the uncontaminated soil can be used in the vertical planting bags. This will ensure that the crops grown in the planting bags will not have traces of chemicals in them, and they will be safe for consumption.